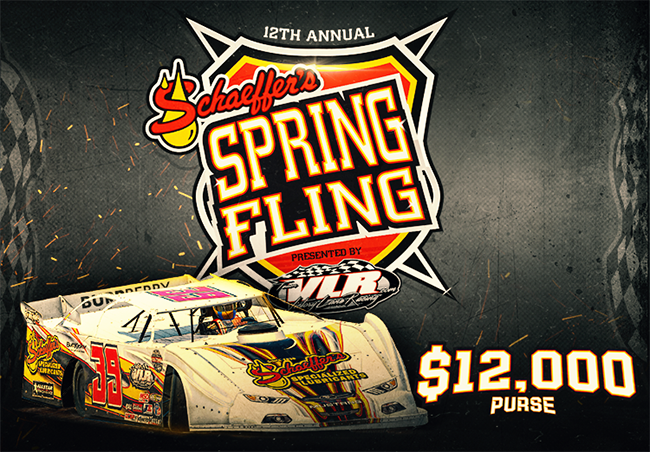 February 8, 2018: Now in its 12th year, the Schaeffer’s Oil Spring Fling, set for April 9-10, will feature a record-setting $12,000 purse for the event—the highest single-race payout in iRacing history—made possible through the contributions of Schaeffer’s Oil and other event partners.

“VLR is very excited to partner with a well-established company and huge supporter of racing, such as Schaeffer’s Oil,” said Howard Weaver, the race’s promoter. “Schaeffer has long supported dirt track racing and to have them now as a supporter of what we are doing in sim racing is incredible. I am honored that that we are able to work with Schaeffer’s Oil on the biggest Spring Fling in history.”

Team VLR was founded in 2004, in the game Dirt Track Racing 2. Now entering its 15th year, VLR is one of the longest running simulated racing series in the world. Since moving to iRacing in April 2017, after its dirt racing release, VLR has hosted many of the highest paying simulated racing eSports events, including the Spring Fling, Sim Race for Hope 74 and Labor Day Classic.

About Schaeffer’s Oil
Founded in 1839, Schaeffer’s Oil is a sixth-generation, family-owned company that delivers the right solution to every lubrication challenge. Our lubricants provide strong equipment durability and fuel economy benefits, allowing you to maximize your equipment’s performance and return on investment.