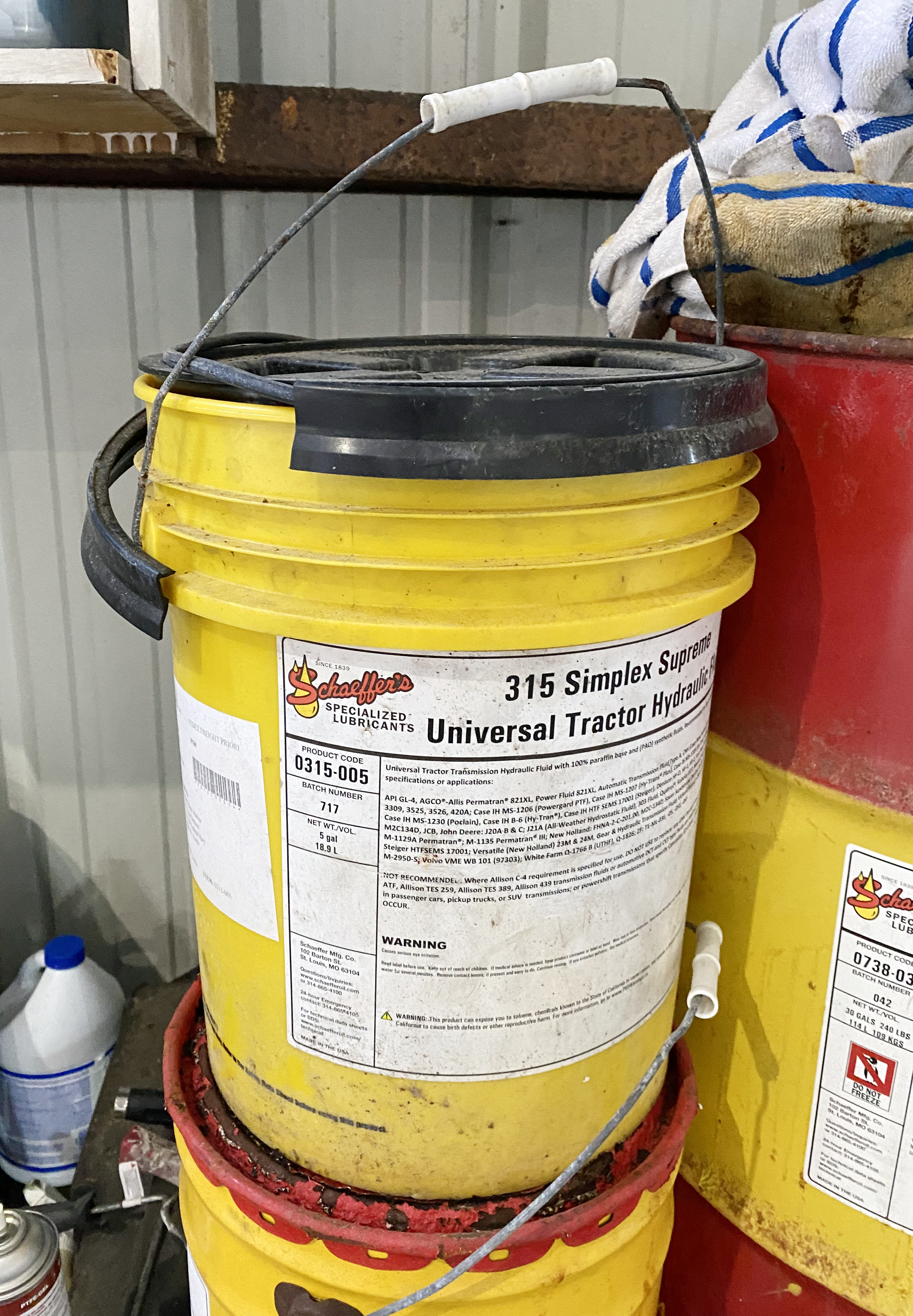 As you’re trying to manage lubricant inventory, make sure you’re getting the full use of those lubricants. Maybe what you have on hand is enough to last through the year, but contaminants can cut your lubricants’ life short. Contaminants will make your fluids ineffective and cause you to go through more than what you planned. Don’t underestimate the power of dirt, water and debris!

Think of contaminants as unwanted guests that drop by all the time. They simply can’t resist; it’s almost as if they’re attracted to the lubricants and metal surfaces. Contaminants are more than happy to set up residency in your equipment. They have no problem wearing out their welcome on metal surfaces!

In this article, we’ll take a closer look at how dirt and water interact with lubricants and their effects on equipment. We always want you to get more from your lubricants’ life, and we know you’re trying to manage lubricant inventory. Now is the time to treat contaminants as real threats. Your lubricants, equipment and components will thank you!

Engine oil
Engine oil is able to handle a certain amount of water. It grabs onto the water and emulsifies the water into the sump, so when the engine cools, it can be burnt off when the engine starts. That’s why you see water droplets on exhaust pipes when vehicles startup. Condensation, coolant leaks and combustion can cause water to be present in engines:

When there’s gross contamination of water, it will sit at the bottom of the oil pan and at startup, the water will get sucked up instead of the oil. The ripple effect begins. Excess water causes viscosity to increase. Water has a component of oxygen, and both accelerate oxidation. Oxidation disrupts the oil’s ability to lubricate properly—the oil thickens and doesn’t flow easily. Components are left vulnerable at startup, and the engine is subjected to excessive friction and heat.

Regular oil analysis that includes a crackle test for water will detect contamination. A positive crackle test will be followed by a check for sodium, potassium, antifreeze and glycol. If contamination is detected, it’s a good idea to take another sample and check on how the equipment has been operating. It could be the sample was taken from a dirty container or work was done on the engine. A second sample will help you analyze what’s going on.

On the other hand, dirt can get in the engine through the air induction system or air filter. Engines have a variety of breather elements, and they usually all have a filter in them. All it takes is a clogged filter, a broken filter or a filter that wasn’t installed properly to introduce dirt into your engine.

Dirt is abrasive in engines. Depending on the size of the dirt particles, it will start wearing on cylinders, pistons and rings. It attacks iron first, but if there’s gross contamination, it can form sludge, thicken the oil and attack the bearings.

Engine oil is designed to protect, but it’s also intended to sacrifice itself when contaminants are present. Let’s repeat that. Contaminants shorten oil’s lifespan. The oil doesn’t last as long, so it must be replaced sooner than what the oil could have gone. Contaminants also cause wear in engines, so when you do oil analysis, it will recommend fewer miles or hours between changes.

Hydraulic fluids
Unlike engine oils, hydraulic fluids are designed to demulsify and shed the water so it can be drained from the bottom of the reservoir. Engine oils allow water to be burned off, but hydraulic systems shouldn’t run that hot, so the water needs to separate from the lubricant.

Hydraulic systems operate by pressurizing fluid, and in doing so, it compresses entrained air, and the moisture from the humidity in the air is squeezed out. Even though technically there’s no air in lubricants, air still gets in through the hydraulic system’s breather element—the fill cap. That’s why it’s a good idea to use desiccant filters to prevent moisture contamination.

When water doesn’t demulsify with the hydraulic fluid, the same ripple effect that happens in engines is triggered in the hydraulic system. Water speeds up the oxidation process, which means you get less service life from the lubricant. You have to change the fluid; otherwise, the viscosity will increase, varnish will form and wear can occur. In hydraulic systems, varnish is the enemy; it clogs up the pumps, valves, cylinders, solenoids and filters, and it will gloss over temperature sensors. Varnish will keep lubricants from working properly, which keeps you from getting full use of the lubricants.

Performance-wise, the system will have sluggish controls; it will not compress the same. Visually, the lubricant will look milky. If you can see water in the reservoir or sight glass, you’re well over the condemning limit—gross contamination.

Proper storage of new lubricants, use of desiccant breathers on intakes and routine preventative maintenance to drain excess water will help minimize the water contamination in your hydraulic system and extend lubricant and equipment life.

The challenge with dirt and hydraulic systems is where the system is located and its surroundings. Dirt is going to be a constant threat you’re trying to minimize. Working in a mine or construction site? Contaminants will cause abrasive wear in the system, which affects performance over time. Working indoors processing cheese or running plastic injection molding machines? Whatever you’re making or processing can create a dust or haze in the air that can get sucked into your system.

If you’re having issues with contaminants, then there’s a good chance you’re going through more hydraulic fluids than you realize. As you secure lubricant inventory, don’t overlook how your current stock is stored and what it’s exposed to in equipment and systems.

Gear lubricants
Like hydraulic systems, gearboxes don’t (or shouldn’t) get hot enough to boil off the water, so they need a strong demulsification performance from lubricants. The difference with gearboxes is unless it’s unplanned downtime, they don’t shut down like a hydraulic system to let the water drain. In gearboxes, the oil never really sits or settles out; the demulsifying package gets saturated—the lubricant looks milky in the gearbox.

Gearboxes have the least protection when it comes to water and other contaminants in the system. Other than transmissions, it’s rare to have a gearbox with any sort of oil filtering device. So once a contaminant is introduced, it will remain until the next oil change. Gears are susceptible to abrasive wear caused by work-hardened dirt and other debris.

Basic protections should be used to prevent contamination ingression. A desiccant breather should be used if a gearbox is expected to encounter significant amounts of water. When changing fluid, the area around the fluid entry point should be kept clean.

The potential for contamination is high in gearboxes. That poses a threat to those components and your lubricant inventory! If you’re not tracking the hours on your fluids, controlling contaminants and following good predictive maintenance, you could miss opportunities to maximize the fluids’ performance.

Don’t give up the fight when it comes to combating contaminants. All the work you’re trying to do with lubricant inventory will quickly be wiped away by the presence of contaminants.

Your Schaeffer Sales Rep is happy to help you learn more about contaminants and how you can preserve your lubricants’ life. Contaminants may always be lurking around your lubricants, but that doesn’t mean you can’t reduce their impact on your inventory!