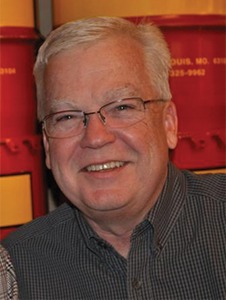 Doug Rogers began his career as a Schaeffer Manufacturing Company sales rep in 1993. He is a full-time Schaeffer Sales Representative and maintains product inventory in the Kansas City area. He believes that SERVICE is a key element to his business.

Doug discovered Schaeffer through a friend and Schaeffer sales rep, Phil Simms. Doug had always enjoyed meeting and helping people, so he decided to give it a try. He found that he liked the one-on-one interaction with the customer, controlling his time and setting goals. He learned the industry from his customers by researching and finding a solution to their problems. If he didn't know the answer, he did what it took to find the answer.