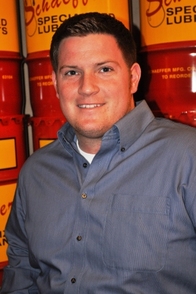 Derek Neil began his career as a sales rep for Schaeffer Manufacturing Company in January, 2009. As a sales rep of Schaeffer's Specialized Lubricants, he focuses on lubrication and energy consulting for his customers.

Derek was born and raised in Durango, CO. He graduated from Fort Lewis College where he studied Business Administration. He still owns Soiled Rotten Topsoil in Durango, CO.

Derek is a Racing Nut! If it has pistons, he wants to find a way to make it faster. Derek started racing 2000 and jumped right into a IMCA dirt track modified and the fun began!